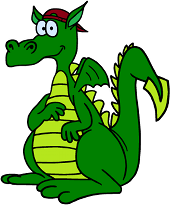 
I have always liked the idea of co-existing alternate realities. By alternate realities I mean alternate realities in its broadest sense like folk stories, legends, Marvel Universe, Forgotten Realms, or NCIS spanning any media and genre you may like. The Multiverse as some people call it, but basically it is really just storytelling as we have done since the dawn of time.

The Multiverse is an interesting place, but it is also a very big and confusing place. Anything can happen... Actually it does happen... Talking animals, extra-terrestrials, time-travel, guys flying around in their long underwear, presidents screwing around... well they did that one in real life too... but the bottom line is that anything goes. The limits are set only by the storytellers and the medium they work with.

This is an attempt to collect and structure some of all those characters and stories, and make them accessible and available!

PS: The site is currently a bit messy, while I restructure the site!